Driving While on Medical Marijuana

Home » Driving While on Medical Marijuana 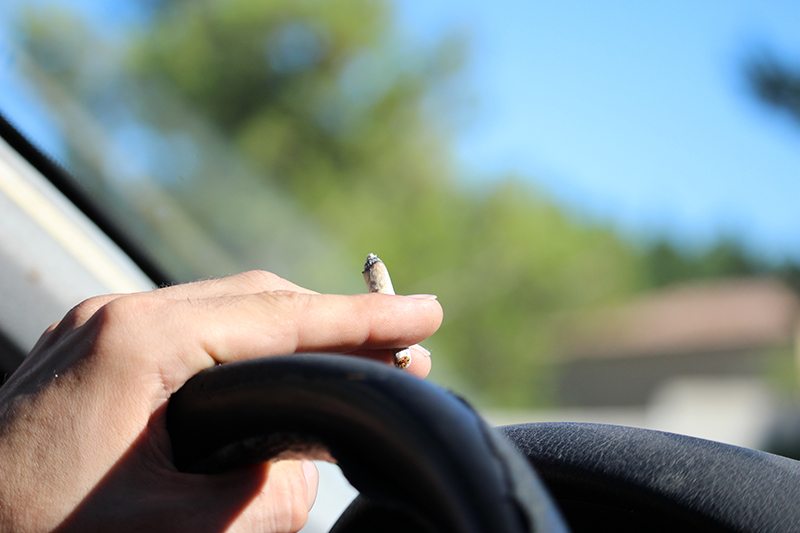 With more states legalizing marijuana, there is growing concern about impaired driving for those who use cannabis.

While many people think that driving high is less dangerous than driving drunk, statistics show that 34 percent of car accident fatalities were related to drug use while 39 percent were attributed to alcohol.

Before getting on the road, it is important to know the ways marijuana affects driving.

It is not safe to operate a vehicle while high on marijuana.

A person who drives one hour after using cannabis has twice the risk of getting into an accident when compared to someone sober.

Anyone who has smoked marijuana should not drive for at least four hours. If cannabis has been ingested, the recommended wait time is six hours.

If a person feels euphoric, driving should be avoided for eight hours.

Those who use marijuana are up to six times more likely to have a car accident than a person who is not impaired.

The most compelling reasons to not operate a vehicle while high include:

It should be noted that while marijuana is the most common drug involved in fatal accidents, the role it plays is not always clear because it can be detected in the body up to several weeks after use. It is also often used in combination with alcohol.

When a person uses marijuana, their attention span, reaction time, decision-making and judgment skills are all affected. This is because cannabis impairs short-term memory and cognitive ability.

Someone who is high on marijuana will exhibit some or all of the following signs:

If any of these signs are present, the person should not drive for at least four hours. It is helpful to engage in another activity until the high wears off. A seasoned cannabis user may think they can drive because they are used to the drug, but this is not the case.

Driving while under the influence of marijuana can result in arrest and criminal charges, although it cannot always be proven the driver was impaired at the time of arrest.

There is not currently a breathalyzer test for cannabis, but officers can make a visual inspection and order drug tests to prove a case.

The THC in marijuana can be detected in the urine weeks later. A blood test is good for up to seven days after use and saliva will show results in 24 hours.

Anyone who wants to explore their options with medical marijuana should contact Cannapproval for a consultation.