The “fight or flight” instinct is something that most people have experienced during scary or uncertain situations in their lives. Depending on the person and the severity of the event, many people can move on from these incidents with little fallout.

However, others have repeated returns to these traumatic incidents and feel hopelessly stuck. Those with post-traumatic stress disorder may have these “flashbacks” for months, years, or even decades if it is untreated.

PTSD is the anxiety and stress resulting from an individual’s reaction to an overly stressful situation. Symptoms vary by patient, but they can include anger, insomnia, irritability, triggers bringing back memories of the traumatic event, and other distressing issues.

While PTSD is a relatively recent term, many famous people over history are believed to have suffered from the disorder. When soldiers came back from World War I, many suffered from what was called “shell shock”.

By World War II, the term had evolved to “Combat Stress Reaction”. As of the DSM III, the official term for this set of symptoms is “Post-traumatic Stress Disorder”. The diagnostic criteria for PTSD are fairly specific, which is why a doctor must thoroughly evaluate a patient before giving a diagnosis.

PTSD can manifest at any time after trauma, and it can take many forms. Here are four major categories of problems people with PTSD face:

Recurring and disturbing memories: These can vary in severity and can range from nightmares to feelings of being back in the stressful situation to complete flashbacks.

Avoidance: This is a common symptom of many anxiety-related disorders. It simply means the person tries to stay away from things that trigger memories of the traumatic event.

Abnormal mood and thoughts: Because of the heavy amount of stress, people suffering from PTSD can cause symptoms similar to depression. Low mood, low self-esteem, and even suicidal thoughts and actions can occur.

Sadly, PTSD affects about 8 million Americans. 10% of women will likely get PTSD at some point, while only 4% of men will get PTSD. Scientists theorize that genetic predisposition plays a role in the development of PTSD.

PTSD is well-known in the veteran population. Soldiers, of course, have lived lives where they witnessed mass murders daily. Generally, between 10 and 20 percent of soldiers develop PTSD. Sadly, sexual assault within the armed forces is somewhat common, and this can also be a cause of PTSD.

How is PTSD Treated?

The treatment method for PTSD will vary from person to person. Generally, it is some combination of psychotherapy and medicine. Psychotherapy gives PTSD sufferers a private and safe place to discuss their feelings and history. If a skilled therapist leads sessions, the PTSD sufferer may be guided through it without needing as much medicine or even any medicine at all. The most common psychotherapy approach is “CBT”, or “Cognitive Behavioral Training.” This does not coach soldiers to forget about their trauma; rather, it helps them see events in a way that will let them move on with their lives.

It is also common for PTSD sufferers to have an exaggerated view of events that occurred. Therefore, another possible treatment is “memory reconstruction,” where events are recounted, so the therapist and the patient get a more accurate idea of what actually happened and what needs to be addressed.

PTSD patients are frequently prescribed medication. These include SSRIs, SNRIs, and benzodiazepines. All of them have a great number of side effects, and some come with the risk of dependency.

Marijuana can help where more traditional methods do not. A recent study showed a 75% symptom reduction for veterans who smoked cannabis for PTSD. Since PTSD sufferers often have bouts of nausea and vomiting, THC can curb this. Some strains of marijuana also have anxiolytic properties, and it has shown promise to help with symptoms of depression, as well.

If you are in Florida and have been diagnosed with Post-traumatic Stress Disorder, you may be able to pre-qualify for medical cannabis to help alleviate your condition. Only a selected number of doctors are able to give recommendations for medical cannabis. Dr. Bruce Stratt, MD, has been certified by the state to provide these recommendations. If you’re struggling with PTSD and current treatments just aren’t working out, please give us a call to schedule an appointment at our Boca Raton Medical Marijuana Clinic. 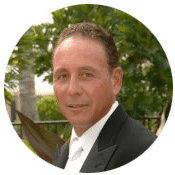